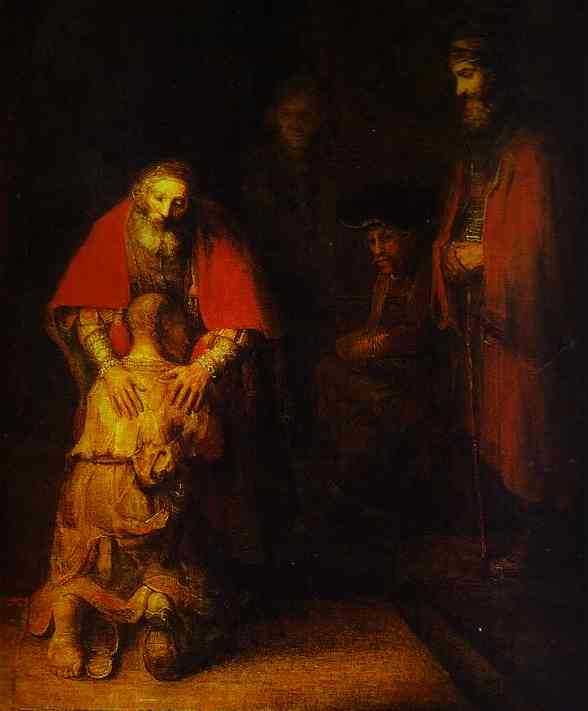 The site contains four major sections: translations from German prose; language resources, in particular English and Japanese vocabulary; academic essays; and general essays.  All essays are concerned with aspects of translation or with specific literary texts, but the academic ones are more recent and thorough.  They are intended for academics and postgraduates; the general essays are for undergraduates; and the brief introduction that acts as a link to the translations is for the general reader.

This site is concerned with foreign languages and the translation of foreign literature into English.  Most of the translations you will find are from German, for it is my second language and the one I like translating most.  They are also all prose: my poetic translations may be found at www.brindin.com.

It could be said that there is too much English – or rather, Anglo-American – in the world today.  Its dominance is not good for the world, nor is it of benefit to the English language.  However, such is the present reality; the only language with a realistic chance of replacing English as the international tongue, and suffering a similar tragic decline in the process, is Spanish.  Given this excess, do we need translations into English?

We certainly do, for we do not have anywhere near enough.  Although there is no shortage of shadowless men, good-for-nothings or apple-on-son’s-head-cleaving crossbowmen in English, translations of several of the texts represented on this site are few and far between.  The English are appallingly lax where foreign languages are concerned, and they have been since time immemorial.  We cannot simply point to our being an island people, for so are the Icelanders, who are exceptionally gifted linguists.  When we do learn a language, our efforts are often motivated by cultural snobbery rather than curiosity as to the ways of other lands.  This misguided attitude places the Romance languages above the Germanic languages, for and are considered to be more ‘fashionable’ than or the .  I know one or two languages well, some others quite well, and I am a fence-guest with several more, yet I cannot say that any one is ‘superior to’ or ‘more beautiful than’ any other.  German is stereotypically a harsh and loud language: but who can fail to find beauty in the line,

or in the poetry of Eichendorff?

Dutch has been scandalously neglected.  Of all major European languages, it is the closest to English; the is one of our leading trading-partners; it possesses an extremely rich artistic, architectural and literary heritage, not to mention its impressive technical accomplishments: yet how many English people know the language?

My concern is with language, not with fashion.  I learn a language because I love language, and because I wish to arrive at a greater knowledge of a foreign culture and a deeper understanding of a foreign race.  Furthermore, the historian in me wishes to keep old texts alive.  The modern German considers Fortunatus to be heavy reading, for the language and style are dated: translation restores a text to life.

The most important motivation behind my translations, however, is my concern for my mother tongue: the first rule of translation is ‘Translate into your own language’, and I always translate into English, the King inside my head.  Like many other languages in the present age, it is becoming simplified, and there is no surer means to the dehumanisation of mankind, the mechanisation and standardisation of thought, and the replacement of man with robot, than the reduction of language.  Not all linguistic growth is to be celebrated, and the trimming of a vocabulary by time maintains fertility and obviates rank profusion; however, one feels that too many words, too many structures, are being pared away, and the facial features of each language are becoming more difficult to distinguish.  As George Steiner argued in his After Babel, the Bible for students of translation, proliferation of languages is a biological necessity.  Every language that dies sounds a knell which diminishes mankind.  Not only is the number of tongues decreasing, but the quality of each language is being vitiated.  The Second World War may have maintained our freedom (apart, of course, from CCTV, speed cameras, and email/telephone monitoring), but one of its unfortunate legacies is the flux of English words that has infested German and Japanese.  In German, English words and constructions are very, very ugly; in Japanese, foreign words are written in katakana, a phonetic system that tortures by syllable, racking English words and positively excruciating French vocables (as opposed to the beautiful, graceful hiragana).  The art of translation celebrates the difference between languages and the range of human expression.

I mentioned above the present hegemony of Anglo-American.  My dislike of this language does not stem from any anti-American prejudice or the belief in a ‘pure’ English.  Purity of language is as sickening a concept as purity of blood.  My favourite manifestation of English is actually Irish-English: it is the most beautiful, lyrical, imaginative, poetic form of English that I know, and these are the qualities that I most prize in a language.  The problem lies in Anglo-American being too close, at a basic level, to Elizabethan English, which I have studied at length, and which is extremely limited.  There is too much emphasis on vigour, on force of expression; the active voice is used to excess; one looks in vain for that balance of elegance and strength, that variety of register, which characterises the English tongue.

Of course, that language is the language of Shakespeare.  Now, there was nothing remarkable about Shakespeare’s education: his learning is impressive, but by no means astounding, and any claim that he was some kind of universal genius is made when one’s judgement is sitting under a cloudy sky.  What is remarkable about him is his gift for language; he is, in a way, one of the greatest translators into English ever to have lived.  He sees possibilities in the writings of his contemporaries that they themselves did not have the perception to notice; and he takes a word, a sentence, or a passage, and infuses it with a greater depth and reach.  We find far more figurative language in the writings of the Elizabethans than we do in our current language; translation discourse, for example, was marked at that time by a figurative vitality that is now woefully absent.  Hamstrung by a fear of cliché, we limp through language, taking the factory road and avoiding the paths that seemed so inviting when we were children.  For metaphors are all – and everything – we have: incomplete, suggestive, tantalising, an introduction to profound reflection.  A language cannot be judged by its greatest writer or poet: Virgil was atypical, for he displayed an awareness of the potentialities of Latin that no other Roman poet was able to follow, and consequently the Latin language remains as straight and direct as a Roman road, a language with a flat forward impetus, ideally shaped for law.

That language is also the language of the AV Bible (I cannot bring myself to name it after so pathetic a King as sat on the throne at that time).  Modern Bible translations may be more accurate, but their prose is far inferior and lacks the lilting rhythm of the Authorised Version, which is made to be spoken and memorised.  However, many modern translations, and many modern ‘original’ literary texts, also pale in comparison when placed beside 19th-, 18th-, or 17th-century works.  There is a tendency to spoon-feed the youth of today rather than to challenge them, and this is reflected in the field of translation by the dominant presence of ‘accessibility’, which makes translations simpler, sparer, and less literary.  Driving on the motorway will help you to reach your destination sooner, but how boring is the journey?  Modern English, like modern Anglo-American, is often a neutralised, neutered language, and this must be borne in mind when comparisons with Elizabethan English are made.

The English language is one of the few jewels that our nation possesses, although most English people do not realise this.  German is a rich and beautiful language, although most English people do not realise this; and there is far more to German literature than Goethe, Nietzsche, Kafka, Mann, Brecht, Rilke, Grass and Hesse.  This site represents my small contribution to raising awareness of these facts.  All translations may be freely downloaded and reproduced, providing that reference is made to my name.  History has seen too many invisible translators.